Meet two of our women workplace leaders standing up for rights and conditions in tough circumstances.

Steering the workforce through rail automation 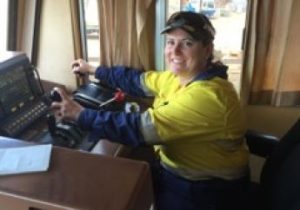 She loves driving trains up to 2.5 kilometres long through the remote landscape of north Western Australia. “It’s a big responsibility. It’s worth millions of dollars with the loco and 240 carriages of iron ore. It’s awesome when you look out the window and can’t even see the end of your train.”

The job is changing though, as Rio Tinto has moves to automation of its rail operations. For Danielle, that means less time doing the driving she loves and more time sitting in crib rooms and attending break downs.

Danielle isn’t fazed by the fact that women train drivers on the Rio Tinto mainline are greatly outnumbered by men.

“The issues for men and women drivers are the same, except for things like toilet facilities when we’re out and about. This is where we need the men to speak up for us too.

“I like being delegate because it means I can support people and I can challenge the status quo. If you don’t think things are right for workers, you can have your say.”

Danielle is currently involved in negotiating a new enterprise agreement with Rio Tinto that will be central to making sure that workers get a fair deal as automation becomes a reality.

“People’s jobs are constantly evolving, but we need to protect our conditions.

“I really want to see that new EBA signed so that pay and conditions locked in, so that people are supported in transition to other areas and our jobs don’t become mindless and devoid of meaning.

“All we can do is keep fighting.”

Standing up for mineworkers’ rights in a casualised workforce 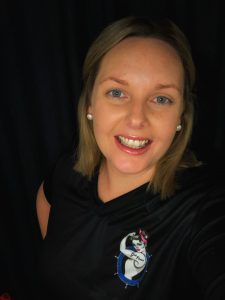 Jenna Saunders was born in the central Queensland mining town of Blackwater and has spent most of her life around the area.

For 15 years, she has been a coal mineworker at BHP’s Blackwater mine, where she has worked as a laboratory technician, operator for coal mining and pre-strip departments, a trainer assessor and is now an Open Cut Examiner trainee

Since 2017 she’s also been the Assistant Secretary of the CFMEU Blackwater No.1 Lodge.

Jenna nominated for a lodge executive position at the urging of her co-workers.

“The boys came and saw me and said we really think you would do a great job, you stand up for all of us, and our rights.

“I slept on it for a couple of nights and decided to put my hat in the ring, where to this day I haven’t looked back.

“I’m very honoured and privileged to stand beside the man and women of Blackwater and continue our fight for the coal mineworkers’ rights,” she said.

There is plenty to keep her and the other lodge executives busy with the mine’s EA bargaining, disputes, lodge members’ concerns and making sure BHP honour the EA that is in place at the mine.

Over the last 15 years working at the mine she has seen the workforce that once was mostly permanent change to a workforce divided between permanent workers, labour hire employees and contractors.

Jenna has hated watching as employees of labour hire and contractors have lost the rights as a coal mineworker for doing the same job she does, including receiving no paid annual leave or sick leave.

“It’s terrible to see so much casualisation in our industry these days, all these people would love is a permanent job. We have seen so much change in our industry over the past ten years with the highs and lows of the market, with job losses and mining communities and local businesses suffering.”

For the past couple of years Jenna has been advocating for her fellow mineworkers, especially the next generation.

“I love seeing and training new coal mineworkers in our industry and being able to give them guidance and knowledge to become a competent operator and able to adapt to changing conditions.

“It gives me a great feeling of self-worth that I have been able to help them to have a better future in our industry, hopefully a future with more permanent jobs and better conditions.”

Jenna loves her job as coal mineworker and an executive for her Lodge, but most of all she loves the people that she works with each and every day at the coal mine.

“In the long hours of working day and night shifts – the people that I work with make it worth every moment.”