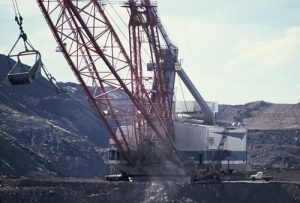 Have you heard the one about how the coal industry doesn’t provide that many jobs and we could close it down next year without any consequences? There’s plenty of misinformation flying around about coal mining and coal power. Let’s address three common myths about coal and coal power.

1. The Coal Industry is small, insignificant and easy for Australia to transition away from.

This one is complete rubbish. The coal industry is a large job creator and contributor to the national budget. It’s also still growing.

At the same time, we produced about 45 million tonnes of brown coal.

That’s about 10 million B-double trucks’ worth.

All that coal generated $66 billion in export earnings in 2018-19 – second only to iron ore.
The Reserve Bank at the end of the resources boo estimated that mining was responsible for 18% of the national economy – with coal responsible for about one-third of that.

There were around 52,000 workers in coal mining in early 2019. But coal mining is more than 25% of jobs in some regions. And each coal job supports one to two jobs in other industries. Assuming both the coal and other jobs have two or three dependents each, that’s a quarter of a million people who rely on coal mining for their livelihood. 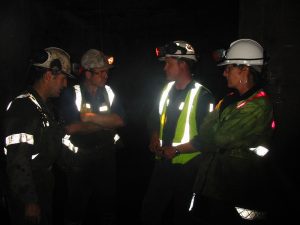 Coal mining jobs are generally well paid, due to the fact that mining has high ‘value-added’ per person – that is the revenue generated by each worker – at over $1 million each.

The coal industry delivers substantial amounts of money to government coffers in taxes and royalties (even though operators are always looking for ways to pay less!)

2. Coal power is simple to replace, we could do it with renewables today, if only we had the money and the political will.

Australia has coal power stations in Victoria, NSW, Queensland and Western Australia. They generate about 8,000 jobs including contractors and captive coal mines. They are important, well-paying jobs in their regions.

While renewables are growing rapidly, and the cost is falling, 60% of power generated in Australia in 2018 was from coal, with gas generating another 19%. Managing the transition between dispatchable coal power and intermittent renewables is a major challenge across the network.

Nevertheless, we need to be aware that 10 Australian coal power stations have closed since 2010 – Collinsville, Redbank, Morwell, Anglesea, Swanbank B, Munmorah, Wallerawang, Playford, Northern and Hazelwood. The remainder are all forecast to close by 2050, with no operators currently having plans to replace them or build new ones.

COST – no commercial operator has committed to replacing or building new coal-fired power stations, with cost being a prohibitive factor. Renewable prices have been dropping rapidly and are forecast to continue falling. The Australian Energy Council has said new coal power would be impossible to finance.

One or two new power stations would be a boon for their local regions, but would be unlikely to reverse the overall trend of coal’s share in domestic energy production (and employment) declining strongly in the decades ahead – we need to be prepared.

3. The key to addressing climate change is to stop Australia from exporting coal.

This one is utter nonsense. Anyone who makes this claim hasn’t read or doesn’t understand global agreements.

Australia is a signatory to the Paris Agreement, the main global framework for reducing carbon emissions, so are the international customers for our export thermal and coking coal. 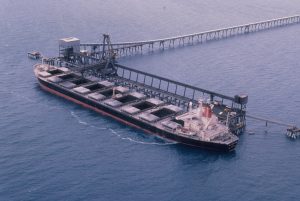 In the longer term, Australia’s thermal and coking coal exports depend on the policies and decisions of our customers.

However, if governments meet existing emissions reduction commitments and targets, the International Energy Agency forecasts that Australian coal production will grow through to 2040, even as production in some other regions declines.

Australia exports the majority of its coal production with close to half being coking coal, where there is no currently viable alternative in steel-making. Our thermal coal is higher quality than some of our competitors, boosting its prospects.

We need to focus on reducing emissions in Australia to meet our own targets under the Paris Agreement and leave other countries, including our thermal and coking coal customers, to work out how they will meet their own commitments.