A determined five-month campaign of industrial action has delivered a big win on pay and conditions at Boggabri Coal and set a new standard for working conditions in the Gunnedah Basin coal industry.

Workers at the Idemitsu-owned mine this week overwhelmingly voted ‘yes’ to a new Enterprise Agreement. The new four-year deal, supported by 86% of workers, includes 27 new conditions compared with the previous agreement. They include:

• all forms of leave paid at the salary rate as if at work, including sick, carers, compassionate, parental and community 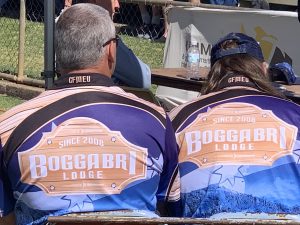 service leave, meaning workers don’t lose hundreds of dollars a day by receiving the base rate only
• arbitration for matters brought by the CFMEU, for fair resolution of disputes
• 12% pay rise over the course of the agreement, plus a $4,000 sign-on bonus
• bonus system now guaranteed and paid as an allowance.

CFMEU Northern Mining and NSW Energy District Vice President Jeff Drayton said the conditions in the new deal now match and in some cases exceed those received by workers in other coal mining regions.

“For too long, coal miners in the Gunnedah Basin have been treated like the poor cousins of the industry.

“These workers have now closed the gap in conditions with the Hunter Valley and they have gone a long way towards closing the gap in pay.”

“This result has only been achieved through the unity, organisation and determination of our members at Boggabri Coal,” said Jeff.

“It is a great tribute to them and a great example of what workers can achieve through collective action.”