Kotara High School principal Mark Snedden grew up in the Lake Macquarie area. His father, grandfather and great uncles were miners. He has recently written a book about his great uncle Robert Snedden, ‘Heeding the Call… from Barnsley to the Battlefront,” which has been published with the support of our Northern District’s Mandalong and Myuna Lodges.

Mark recently shared with Common Cause some of his memories of growing up in a mining family and his book about his Uncle Bob’s journey from the coal mines to the Western Front:

“I am indebted to the CFMEU for their sponsorship of a book that I have written about my Great Uncle Robert James Snedden, who ‘Heeded the Call’ and fought on the Western front during the First World War. He left his family behind in Barnsley, in Lake Macquarie, and returned after some four years, and like so many other young volunteers at the time, as a different man. Uncle Bob (b.1894), was a miner, who worked in collieries close to him before, and after, his time overseas.

My father David Snedden (b.1947) was a miner in the Lake Macquarie area for most of his working life, up until his retirement from Awaba Colliery in 1999. His father John Snedden was a miner, as was his Uncle Bob, who I have written about, and their father Andrew Snedden. Andrew came to Australia in 1883 from Scotland as a young man, who had already begun his working life as miner in his native Scotland before disembarking.

Growing up in a mining family in Lake Macquarie, in the 1970s and 1980s, I remember quite vividly and fondly the ‘Pit Picnics’ that took place each year. My Dad, being a Fed at Awaba Colliery, paid money into the colliery’s Social Club each week that contributed money toward a Christmas Hamper and the picnics. The colliery would also match, dollar for dollar, into the fund each calendar year. Every even year picnic day was spent at Rathmines Park, on the western side of Lake Macquarie, where families would gather, have some treats and all the kids had the opportunity to join in on various activities, including running races, sack races, three legged races and the old favourite, the “egg and spoon” race. Every odd year was a trip away.

The Colliery was an integral part of community, and essentially were tight knit and supportive communities within themselves. Families knew each other, connected, and formed the basis of non-judgmental and sincere support networks.

Miners from the Lake Macquarie and the Hunter would even holiday together at various locations around the lake each Christmas break. Miners would camp, in the early days at Speers Point Park and Croudace Bay. And later on it would extend to Wangi Wangi (on the site of the current Workers Club) and Coon Island in Swansea. Literally whole communities and streets would pick up the family and plant themselves at these venues, sometimes neighbours camping next to neighbours. Everyone would spend time together and relax whilst pits were only open with skeleton crews until the end of January. Essentially, families, if not by blood and marriage, were formed by spending this time together, an extension of the bond that the men would forge, working together in the mines.

Union meeting at Awaba in 1980

Coal has meant so much more than an energy source for thousands of Australian families over the last two hundred years. Coal meant a livelihood, coal was a means to put food on the table, a roof over a family’s head, and the resources to put children through education. The coal industry was also integral to community donations, especially through the CFMEU and individual Colliery fund raising projects. Both the Wallsend and Kurri Kurri Hospitals, in the Newcastle/Hunter area were actually opened on the funds that miners raised themselves.

Life in Australia was built around the colliery and coal, more so in my opinion, than ‘the sheep’s back’. Coal provided our country with the progress that we all enjoy today, so I think it is sad when people are quick to denounce it.

The book that I have written, entitled Heeding the Call…from Barnsley to the Battlefront, is an authentic account of a young boy raised in regional NSW (Barnsley, Lake Macquarie) who was raised by a Scottish father, and a mother who was a convict descendant, in a family with six siblings. The story traces Robert James Snedden from being a boy, to recruitment, to the battlefront and home.

The story takes the reader on the journey to Egypt, following Robert in his training, and the extreme conditions faced here. From here the reader is taken to the Western Front and immersed within the physical and emotional turmoil that the young soldier faces, illustrated from the above sources. Finally, the reader returns home to Australia with Robert, and is painted the picture of the man, post his war experience, and how it shaped him, along with the dark shadows that hung around his persona. Finally, key members of the family deliver candid accounts of their relationship with Robert as a man returned from war as father, father-in-law, uncle and grandfather.

I am indebted to the support of the CFMEU, and in particular, the Mandalong and Myuna Lodges.” 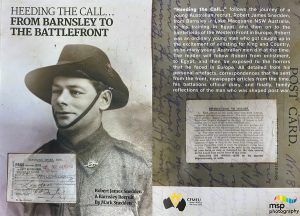 If anyone is interested in a copy of the book ($25 plus postage), please contact Mark at [email protected], with all proceeds being donated to Barnsley Public School which has been attended by generations of the Snedden family, including ‘Uncle Bob’. 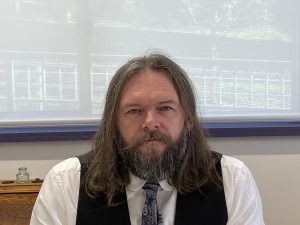