Full steam ahead for class action 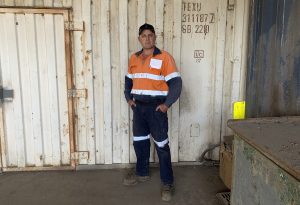 The court win in WorkPac v Rossato has cleared the way for the Union’s class action against WorkPac to proceed.

The class action was adjourned pending the outcome of the Rossato matter, but now that the Federal Court judgement has clarified the rights of existing and former WorkPac employees to claim backpaid leave entitlements due to being misclassified as casuals, the Union will push forward as soon as possible.

There are currently over 700 confirmed claimants in NSW and Queensland, with many more expressing interest since hearing about the Rossato casuals decision.

The ‘class’ covered by this action are coal mineworkers who are, or were:

The CFMEU class action is fully funded by the Union and all compensation won will be paid directly to affected members, with none taken in legal fees.

The lead claimant is Hunter Valley coal miner Ben Renyard, who worked for WorkPac at Mt Thorley Warkworth as a casual on a flat rate.

Like many ‘casual’ coal miners, Ben was given his roster a year in advance, was expected to work every rostered day and found it very difficult to take time off.

The only way I could get employment initially was via a labour hire company as a casual. In comparison to a permanent employee, a labour hire employee is a second-class citizen.

The labour hire employee does the same work, under the same supervisors, but gets significantly less money and no sick leave or annual leave. You also have less job security as the mine operator can get rid of you whenever they want. – Ben Renyard

Queensland coal miner Chad Stokes is also part of the class action. He has worked in the coal industry for 10 years and the last six years as a casual with WorkPac at BMA’s Blackwater mine. After starting at Blackwater in 2014, he took no leave for four years until he had accrued some industry long service leave in 2018. As a labour hire worker, Chad works alongside BMA employees and does the same work, but on far less pay and entitlements.

I am hopeful about the class action recovering entitlements, but most importantly I hope it helps end the labour hire model for future generations.

The bank doesn’t want to lend money when you’re a casual, even if you have a decent deposit. After all, you could be let go any day. If there is an important family event I can’t take a day off without losing money.

Multinational mining companies should employ and pay people properly. Workers should be able to have holidays with their families and take sick days when they need them. – Chad Stokes