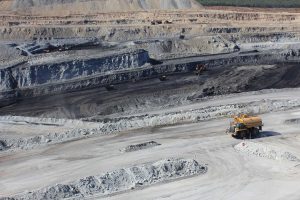 The CFMEU is ready to bargain for a better deal for Orica shotfirers at Boggabri Coal in NSW’s Gunnedah Basin, after an important legal victory on coverage rights.

In a common sense decision, the Fair Work Commission agreed with the Union that the contract explosives workers are part of the coal industry, making them eligible for CFMEU coverage.

Orica has long argued that their shotfirer employees are not coal industry workers, even though they work exclusively in coal mines, because the company is part of the explosives rather than the coal industry.

But after a majority of Orica shotfirers at Boggabri joined the CFMEU and sought representation in bargaining, the Union successfully challenged a prior ruling that the contract shotfirers were not eligible for CFMEU.

“They go to work each day in a coal mine and perform the same work as shotfirers who are directly employed by mine operators.

“But they have far worse conditions because they don’t get coal industry standards in areas like annual leave, accident pay, long service leave and allowances.

“There’s an important principle at stake, which is that workers in coal mines should get coal industry conditions that have been fought for over many years and reflect the tough nature of the industry.

“These shotfirers saw the successful industrial campaign of the production workforce at Boggabri last year in bargaining for better pay and conditions. Now it’s their turn and we are with them 100% of the way.”

The decision paves the way for the CFMEU to represent Orica shotfirers at other coal mines in bargaining.

It follows an important win for Hitachi tradesmen last year, who waged a determined 12-month industrial campaign to be recognised as coal industry workers and receive industry standard conditions in their Enterprise Agreement.

Hitachi crew win their fight to be recognised as coal mineworkers