Beware job cuts in disguise as driverless trucks roll in BHP has announced it will introduce 34 autonomous trucks at Central Queensland’s Daunia mine, making it the second BHP coal mine to embrace driverless technology after a fleet of 86 was announced for Goonyella Riverside late last year.

While the company is spruiking a jobs bonanza, labour hire jobs are already being lost and the Union is fighting for current employees to have priority for any new jobs created.

BHP Mitsubishi Alliance President James Palmer said the move would create new permanent and project roles, promising: “There will be no job losses as a result of this decision and anyone who currently works with us, be it an employee or labour hire worker, will be given an opportunity to continue to do so.”

These words were cold comfort for CFMEU member Peter Guinea who has worked at Daunia for three and a half years through labour hire company WorkPac. He was told he’d lost his job last week just a day before BHP announced autonomous trucks would be coming to Daunia. 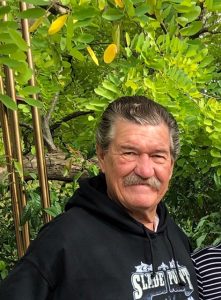 Peter says workers were told in the weeks leading up to the announcement that jobs would be cut. “We were told they’d crunched the numbers and a certain amount of jobs would be lost per shift,” says Peter.

“I spoke up and asked whether FIFO workers would be told before the end of their swing and the next week they told me it was my last day.

Information from BHP management suggests that at least 18 permanent operator roles and 45 labour hire operator roles will eventually become excess to requirements due to automation.

At the same time, BHP has said it will create 34 new roles but advertise them externally.

Members and Delegates at Daunia are concerned that automation will lead to ‘job cuts in disguise’ – that BHP will cut positions saying it’s for any reason other than automation.

“We support the introduction of appropriate technology into our industry but the community rightfully has an expectation that mining will deliver well-paid, quality jobs.

“Automation should benefit the workforce and community, not just the shareholders and executives.

“We will fight for jobs to be maintained and for the existing workforce to have access to new opportunities for skills and training.

“The mining industry is sometimes its own worst enemy and it will lose its license to operate if it doesn’t deliver secure, quality jobs.”

The CFMEU is currently challenging the way in which BHP are rolling out autonomous trucks at Goonyella Riverside, including the impact on safety that autonomous haulage will have on site.