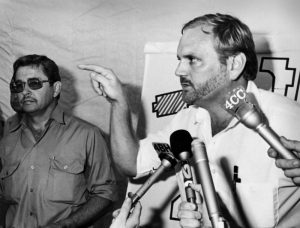 Andrew Vickers at media conference after Moura No. 4 disaster, 1986

Our former General Secretary Andrew Vickers looks back at the historical mine tragedies that have made July such a sad month for coal mining communities. Those who have lost their lives in mining disasters and the lessons from each event will never be forgotten.

Australia’s worst industrial disaster struck on 31 July 1902, when 96 miners lost their lives in an explosion at Mt Kembla Colliery in NSW. There were 280 workers underground at the time of the explosion, including young boys. The explosion was so massive it could be heard 11 kilometres away in Wollongong. Recovery of the bodies took several days, and all but one were recovered in a courageous rescue operation. The NSW Parliament suspended sittings; such was the shock felt in the broader population. Former CFMEU Mining and Energy General Secretary Andrew Vickers says the mine was known to be full of methane gas. “They had little to no safety precautions at the time often working with naked flames underground,” he says. 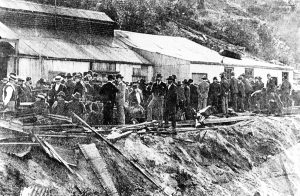 A Royal Commission of Inquiry followed. The mine owners attempted to establish a theory that the disaster had been caused by a “fall of ground” and not by the presence of dangerous gas levels. However, evidence presented refuted that theory. Not only was gas present in dangerous quantities but the mine managers were aware of that fact. Recommendations from the inquiry included more testing for gas, better ventilation, improved shot firing practices and the abolition of naked flame lights. It was not until 1925 that the ventilation system at Mt Kembla was replaced, and it was years before naked lights were finally banned. Mt Kembla colliery closed in 1970. 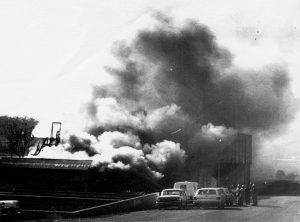 A fire followed by an explosion at Box Flat in the Ipswich area of Queensland killed 18 mineworkers and severely injured three others. It was the worst ever industrial disaster to hit the Ipswich area.
At about 6pm on Sunday 30 July 1972, signs were detected of a fire underground. A team went underground to check it. A second team went into the mine some hours later to try to make temporary seals. It was then that a tremendous explosion shattered the mine.
Andrew Vickers says he remembers the day well as he was a cadet mine surveyor at the Goonyella open cut mine in central Queensland at the time. “My Father had worked at Box Flat and I had two Uncles working there too,” he says. “Another of my Uncles was a serving member of the mines rescue service and knowing some of the people involved came from the mines rescue brigade was very sobering,” he says. “It was terrifying and we frantically tried to contact them to ascertain if they were involved. There was a fire underground, the fan had been turned off over the weekend and when the fan was turned back on there was a recirculation of air pulling gas over the fire and that caused a massive explosion.”
Of the 17 men who were killed, eight were members of the rescue squad that had been called to the mine when the fire was detected.
In the face of the danger of further explosions arising from the raging fire, the grim decision was made to seal the mine, leaving fourteen of the victims entombed. A funeral service was held at the top of the mine.
Consequent legislative and regulatory changes included the introduction of personal filter self-rescuers for all underground miners, the introduction of gas chromatograph’s on the surface to analyse gas samples and modern firefighting equipment made available underground. 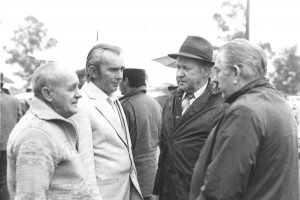 An underground explosion, three kilometres from the pithead and 600 metres underground, killed 14 mineworkers in Appin on the NSW south coast. Ten of those died while having their mid-shift meal in the crib room. Some of the survivors made it to the surface but were severely burned.
At the time of the explosion there were 45 workers underground, including the union’s Lodge President, Dave Kemp. Dave was one of the rescue workers who went back into the mine to recover the bodies. The Southern District Rescue Station Corps, and rescue teams from other collieries also joined in this grim task.
The judicial inquiry that followed found serious communication problems at Appin, which was known to be a gassy mine. Judge AJ Goran found that the Mines Department had allowed a tolerance of a “continual breach of statutory requirements relating to gas”. He consequently made a number of recommendations relating to gas safeguards, including monitoring, warning devices and ventilation. He also recommended the appointment of more local safety (check) inspectors.
Andrew Vickers says the incident involved the same coal seam as Mt Kembla in 1902 which was known to be full of gas. “Justice Goran found there had been a methane gas build up and a likely fault in one of the exhaust fans being used underground initiated the explosion and that was followed by a coal dust explosion which was fortunately limited by stone dust and water barriers,” he says. 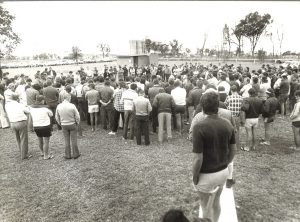 An explosion deep underground at Moura No. 4 mine in Queensland took the lives of 12 coal mineworkers.
On that day there had been 19 men working underground when the explosion claimed 12 lives in an instant. The seven survivors were able to help each other to the surface through clouds of dust and gas.
Recovery plans for the victims were postponed due to the dangerous prevailing conditions, where high gas levels and near zero visibility were encountered. The rescue team was eventually allowed to resume their heartbreaking task, to recover the victims who were workmates and neighbours. Andrew Vickers was Queensland District President when the disaster at Moura No.4 occurred. “Initially there was some conjecture as to whether it was a wind blast or an explosion,” he says. “History confirms there was indeed an explosion. The subsequent investigation and inquiry confirmed there had been a large fall of roof displacing methane gas which had collected in the roof, methane being lighter than air.
Scientific investigation found the most likely source of ignition was a lock flame safety lamp which was used to actually detect methane in underground coal mines, it had been in use for over 100 years, and it’s still in use around the world,” he says. “The locked flame safety lamp was withdrawn following the inquiry almost immediately throughout mines in Queensland and slightly more slowly through NSW,” he says.
In addition to the banning of flame safety lamps from underground mines, the inquiry into the Moura explosion led to changes including continuous gas monitoring from all sections of the mine, compulsory safety induction training for all mineworkers and the requirement for secondary extraction plans to be developed and approved by the Mines Inspectorate.

The latest episode of the CFMEU Mining and Energy’s podcast looks back at the Deadly July and current industrial and safety issues facing mining and energy workers.

You can find it by simply googling the title, searching for it on the ‘podcast’ app on your smart phone, or listen here.