Government must do more to drive COVID economic recovery

Members from across the Construction, Forestry, Maritime, Mining and Energy Union have kept this country running through the coronavirus crisis – on construction sites, in mines, at power stations, on the docks and in manufacturing – b 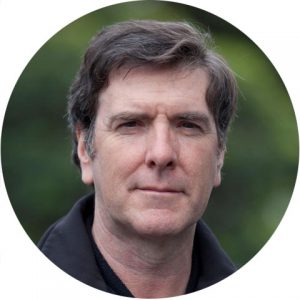 ut now they need some backup from government.

Listen to Michael’s interview in the July  episode of our podcast.

Nearly all the industries we cover were deemed essential to the economy.

In the construction industry our members, delegates and organisers worked with employers to keep tens of thousands of people on construction sites – crucial to the Australian economy.

Similarly, the mining and energy division did the same, where would we be if the power plants had shut? Shivering in the dark most probably.

Where would we be if the mining industry was shut given it’s responsible for over half of this country’s exports?

And of course the maritime division, both seafarers and wharfies, made sure essential goods were getting through the ports and exports continued.

Unfortunately, our members reliant on the retail industry got hit hard almost immediately – especially those in the clothing, textile and footwear sector. A number of manufacturers either closed or went on three day or four day weeks.

But broadly, through ensuring proper health and safety procedures our members have kept the power generation, mining, construction and maritime industries going. Members should be proud of the contribution they’ve made – and I hope the community recognises what they’ve done for this country.

But now it’s time for all levels of government to help our members face up to the economic challenges our country now faces going forward.

And the first place to start is in construction where we are very concerned at the slowdown in housing starts. Housing is a key driver of economic activity – a house being built needs bricks, timber floors, frames, doors, windows, all those things our members produce.

Unfortunately, the Federal Government package announced recently is no way good enough to sustain the over a million jobs dependent on the construction industry – both people who work on site and those manufacturing jobs that provide the materials.

The renovation package the Morrison Government announced is badly designed, and way too small – $900 million sounds like a lot but it won’t go far. You don’t need to be a maths whiz to work out with over a million jobs on the line – putting only $900 to each one isn’t going to kickstart the industry.

One way we can create demand is by building affordable housing – so we deal with the social problem of a lack of accessible social housing – and keep the construction industry going at the same time.

This approach has been championed by our union, the ACTU, ACOSS and some governments – but so far has been ignored by the Morrison Government.

This situation is going is going to really bite in September and October – which unfortunately is also when the JobKeeper package is due to end – so we need governments to step into the breech and stimulate the economy.

Another opportunity we see in this crisis is in manufacturing. At critical times we’ve had shortages of essential medical equipment and personal protection gear because we’re overly reliant on imports.

So government, employers and unions need to work together to increase our manufacturing capacity here – something I know our members all support.

Another thing the Federal Government should do is look to their parliamentary colleagues who dealt with the global financial crisis in 2008 and who better appreciate the proactive role a government needs to play when the country is in crisis.

The Labor Government dealt with the GFC better than any government in the world and there’s a number of people from that government still in Parliament, including the Opposition Leader.

And finally, governments needs to catch up with the community who have realised through this crisis the true social impact of the casualisation of the workforce.

People have seen how having millions of casuals without sick leave means some are tempted to keep working if they feel crook, and how this can cause massive health and economic damage.

Our members have led the way – now governments needs to help this country come through this crisis like we did the GFC – better than any other nation in the world.