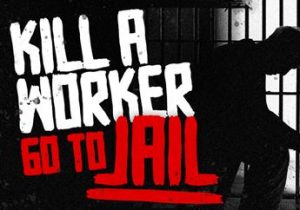 From 1 July, Queensland members are now covered by Australia’s toughest mine safety laws. After years of advocacy from mineworkers and our Union, the Queensland Government has now strengthened mine safety laws, including industrial manslaughter laws.

CFMEU Mining and Energy has welcomed the changes, while noting more can and should be done to keep mine workers safe on site.

Industrial manslaughter laws will see executives facing up to 20 years’ jail if a worker dies due to criminal negligence.  The suite of laws also includes the creation of a new independent resources safety and health authority, Resources Safety and Health Queensland.

“These laws are about properly valuing the lives of Queensland mine workers.

“If an employer’s criminal negligence results in a human being dying at work, then that employer should be held responsible. That wasn’t the case before today, but it is now. These new laws mean mining employers in Queensland will have a strong incentive to ensure safety standards on site are being upheld.

“The CFMEU has pushed for these changes for many years now and it’s satisfying to see these laws come into force today. The job is far from finished, but it’s closer than it was yesterday.

“The new laws also require statutory safety positions in mines to be filled directly by mining companies, rather than contractors.

“The critical roles of Deputy and Open Cut Examiner must be directly employed and focus on safety, rather than production,” said Steve.

“This is an important element of the new laws and we are pleased it was retained despite intense industry opposition, although disappointed it won’t be enforced for 18 months.

“There is also plenty of work still to do on reforming mine dust laws. We need assessment on site by independent doctors, along with better dust monitoring and health protections for workers. Overall we need reforms that further reduce the dust levels on site.”