BHP spin-off South32 is using the COVID crisis as cover to drive down the conditions of its large labour hire workforce at NSW’s Appin mine, canning contracts with established labour hire companies and rehiring them through dodgy outfits on substandard deals.

At the same time as facing substantial cuts to hourly rates, contractors are being moved from safety to production-based bonus schemes, ringing alarm bills about how safety culture at the gassy underground mine will be affected.

Find out more in the July episode of our podcast.

South32 has terminated contracts with established labour hire companies, Mastermyne and Nexus, that had Enterprise Agreements with good pay and conditions achieved through bargaining with the CFMEU, seeing 250 workers lose their jobs.

South32 said the job cuts were due to COVID, but the same workers saw their jobs immediately advertised through PIMS and WorkPac on substantially reduced pay and conditions. With no other work available in the District, they had little choice but to apply – and in some instances PIMS and WorkPac have been directed by South32 to hire the experienced workers and dump their own new hires.

While over 100 are still out of work, another 100 workers have been rehired at South32 at pay rates of up to $6 an hour less. South Western District Vice President Bob Timbs is deeply concerned that the substantial pay cut corresponds with a change in the bonus structure. While Mastermyne and Nexus had bonus schemes that depended on workers conducting safety checks, they are now on production-based bonus schemes that are at risk unless they achieve the production targets set out each week. 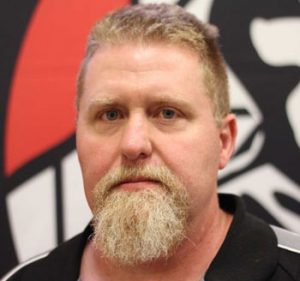 “I’m deeply worried that the combination of pay cuts and an ‘at risk’ production target could encourage unsafe behaviour,” said Bob.

“As everyone in the underground industry knows, not taking a proactive approach to safety can have deadly consequences.”

Labour hire work arrangements will be examined as part of the inquiry into the explosion at Queensland’s Grosvenor mine in May that saw five workers severely injured.

Labor’s resources spokesman Joel Fitzgibbon has called for an overhaul of employment practices in the mining industry to prioritise permanent employment on the grounds contractors are less likely to speak up about safety as they have less job security.

“I believe it can pose a safety risk,” he said.

“I’m most comfortable when employees of mines are under enterprise agreements entered into by the CFMEU, and all the safety which is associated with that … they’re using their collective weight to make sure miners go home safely at the end of their shift.”

Bob Timbs is calling on South32 to undertake a risk assessment of the changes to employment practices at the mine and share its findings.

As one of our former Mastermyne members sees it, South32 is playing a game with the livelihoods of its large labour hire workforce, by cancelling contracts when workers make progress in negotiating a better deal.

“We were negotiating a new Enterprise Agreement with Mastermyne when things started to go downhill and South32 cancelled their contract. So things were looking good but now with WorkPac we are locked in for three years at the lowest rates the industry has ever seen.

“It’s all like a big game of chess for them to try and get the permanent workforce rates down to the that level as well.”