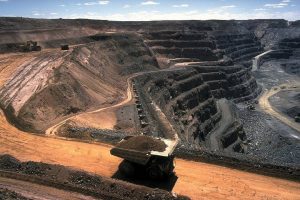 Many coal mineworkers in NSW and Queensland will be affected by temporary shutdowns next month as Australia’s second biggest coal producer Glencore takes steps to slow production.

Glencore said in a statement that global demand for export coal had been impacted by COVID-19 and a combination of temporary site and equipment shutdowns at a number of its operations would be used to manage a reduction in coal production.

The Union was informed about the shutdowns and told that they would be timed to coincide with September-October school holidays. Affected workers will be able to access leave entitlements during the shutdown – although contractors may be left unpaid, depending on their terms of employment.

Affected mines include Ulan in Western NSW, most of Glencore’s Hunter Valley mines and Newlands and Collinsville mines in Queensland.

General President Tony Maher said temporary shutdowns were a feature of the mining industry, which is vulnerable to global economic volatility and changes in export demand.

“We support shutdowns where they are an alternative to cutting jobs,” he said.

“We urge all operators to do everything they can to protect jobs at this time, including contractors and labour hire workers who in many cases have shown years of loyalty and should not be treated as disposable.”

Lodge and District officials are meeting with the company at a site level to address Members’ questions and concerns.