Have you emailed your MP to end the ‘permanent casual’ rort? 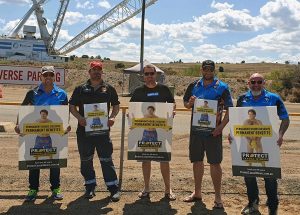 Thousands of casual and permanent coal miners have emailed their MPs, calling on them to end casual exploitation in mining. Have you? It’s urgent, it’s easy and you can do it right here: www.protectcasualminers.com.au

The purpose of our Protect Casual Miners campaign is to defend our Union’s important Federal Court wins against the ‘permanent casual’ employment model in mining. Employers are pressuring the Federal Government to overturn them.

Employers are massively overstating the impact of the decisions for casuals cross the economy because they want the government to bail them out. 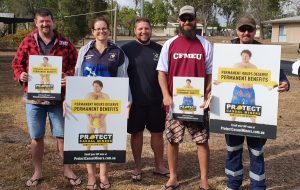 We believe the Government should listen to the Federal Court’s common sense ruling that coal miners working full-time on 12-month rosters aren’t genuine casuals and back it in, not overturn it. 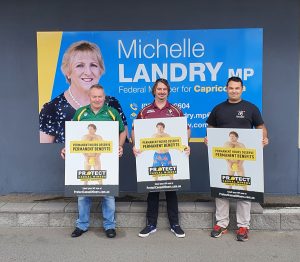 Our campaign is urgent because the Government is currently consulting with unions and employers about a number of workplace issues including casualisation and its response to the WorkPac (Skene and Rossato) Federal Court decisions.

The Government has already intervened in WorkPac’s High Court challenge to the Rossato decision to back employers on the issue of backpay for workers unlawfully employed as casuals.

They are using the excuse that it will cripple small business, which is not true, but the impact would be to undermine the CFMEU’s class action against WorkPac and prevent future claims for compensation for labour hire coal miners. 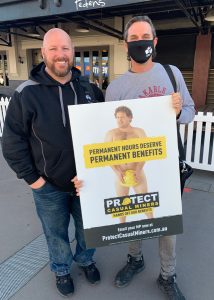 Employers are pushing them for a definition of casual in the Fair Work Act meaning that anyone is casual if their boss calls them one. We are calling for the Government to respect the Federal Court ruling and legislate a definition of casual as intermittent and irregular – in line with common sense and community views. A proposed bill could come before Parliament as early as next month.

That’s why we need to urgently make sure MPs hear from real coal miners, via the ‘Email your MP’ action at ProtectCasualMiners.com.au. 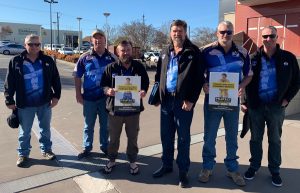 Each email also goes to IR minister Christian Porter and to state Senators – this captures cross-benchers who will play an important role in voting on new laws about casual work.

Let’s keep the emails coming and make sure all mining community MPs get the message! 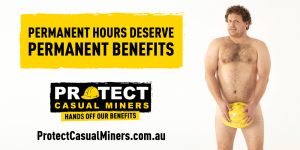