Queensland votes: support the candidates that support you

Queensland mining and energy workers are being urged to look closely at candidates’ policies affecting them in Saturday’s election. District President Steve Smyth said he’s worried that a number of legislative wins to protect coal miners at work could be under threat if the government changes.

The Queensland District has written to candidates in key seats about their position and approach on key issues including:

You can see candidates responses and voting recommendations here: http://me.cfmeu.org.au/QldElection 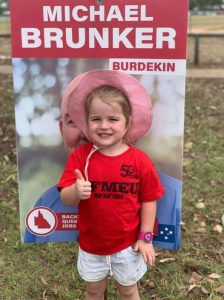 Steve Smyth said the Union had worked effectively with the Palaszczuk Government to introduce reforms in a number of key areas including: industrial manslaughter laws covering the mining industry, major reforms to address the prevention, diagnosis and treatment of mine dust disease, enhanced role for industry and site safety and health representatives, direct employment of statutory roles, establishment of the Queensland Coal Mining Board of Inquiry and most recently new inspectors to monitor wages and safety in the labour hire industry. The Labor Government has also committed to meeting the Union to develop a skills agenda for the resources sector to prevent the ‘dumbing down’ of skills training.

“I am very concerned we could lose some of these wins in a change of government, noting that LNP and One Nation voted and spoke against some of them. We haven’t achieved everything we need, but the Labor Government has listened and worked constructively with us and delivered major reforms.”

The Union is supporting candidates in some key seats, notably Mike Brunker in Burdekin – a CFMEU member and former coal miner born and bred in Collinsville. You can read about Mike and what makes him tick in last month’s Common Cause. https://commoncause.cfmeu.org.au/2020/09/21/we-need-a-mining-community-view-in-parliament/

Steve Smyth said anger against the Labor Government was justifiable for workers and community members affected by the failure to approve the New Acland coal mine.

“We will keep campaigning for approval of this project. It is a failure that must be rectified. But the current government has actively supported the resources industry and approved many coal projects, the Queensland coal industry has been going strong and claims the government is anti-coal simply don’t stack up.

“There’s a lot at stake this election. We only support candidates that support us. I encourage members to look past the headlines, look at the policies of the candidates in their electorate and discuss any issues or questions with your union reps.”