Breaking: High Court will hear appeal against our casual wins 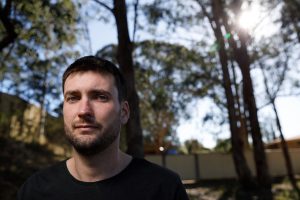 The High Court of Australia has granted special leave to WorkPac to appeal the Federal Court’s WorkPac v Rossato decision which confirmed full-time mineworkers on long-term advance rosters are not genuine casuals.

The High Court appeal will delay justice for affected casuals including the resolution of our class action for members unlawfully employed as casual mineworkers by WorkPac.

The Federal Government supported WorkPac’s appeal application on the grounds that compensating unlawfully employed casuals would be an unfair burden on business.

General President Tony Maher said the appeal would further unfairly delay justice for mineworkers twice found by the Federal Court to have been employed unlawfully as casuals.

“The Federal Court has twice confirmed that the widespread ‘permanent casual’ rort in mining is not only unfair, it is also unlawful,” he said.

“Employers have put forward hysterical claims about the cost to business. But by making claims of casual workers ‘double dipping’ on casual loading and leave entitlements, they are trying to deflect attention from the unfair and illegal employment model they have embraced.

“We all know that casuals in mining get paid substantially less than permanents. Employers wanting the benefits of a full-time, permanent workforce without paying full-time permanent entitlements.

“They have been ripping workers off for years and now that the law has finally caught up with them – through our landmark wins – they are trying to claim that casual workers are the greedy ones.”

The widespread use of casual labour hire comes at a staggering cost to workers, families and communities. An analysis by the McKell Institute released earlier this year found that about $1 billion in economic activity is lost to coal mining regions each year due to the replacement of permanent mining jobs with casual labour hire mining jobs, like those supplied by WorkPac.

CFMEU Mining and Energy will intervene in the proceedings to defend the findings of the Rossato and Skene Federal Court judgments.

“We know that WorkPac has the full force of the business lobby behind them to overturn our important wins for casual mineworkers,” said Tony Maher.

“But our Union is committed to keeping up the fight until we have defeated this toxic work model.”

All members involved in our WorkPac class action will be kept informed about how the High Court Appeal affects progress of that matter.