What is the future for the Mining and Energy Division?

Our Central Council recently made some important decisions about the future direction of the Mining and Energy Division within the CFMMEU. Here are answers to questions Members may have. 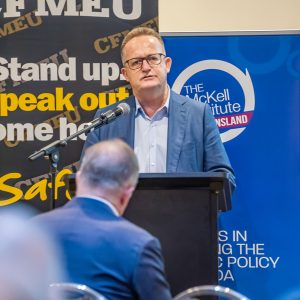 What did we decide?

Our Central Council is the highest decision-making body of our union, made up of elected officials and rank and file mining and energy workers from every District. These decisions were endorsed unanimously by Central Council.

Since the amalgamations that formed the CFMEU in 1993, it’s fair to say we have had our ups and downs. In the early days of amalgamation, divisions effectively continued to operate as independent unions without much cohesion or clout. Since Michael O’Connor was elected as National Secretary in 2011, he worked hard to build the CFMEU into a strong, campaigning, national union.

The Mining and Energy Division has always been absolutely willing to stand by the other Divisions of the CFMMEU through thick and thin.

But there are core principles we believe are essential to the functional operation of the amalgamated Union – these are divisional autonomy and consensus-building and power-sharing.

Our experience engaging within the CFMMEU at a national level over the last 18 months to two years is that these principles have severely undermined.

I have not seen the union in worse shape since amalgamation in 1993. My view, shared by leaders from all Districts, is that our Division is not well-served by participating in the national structures of the CFMMEU in these circumstances.

What do these decisions mean for Mining and Energy Members?

For the day to day work of the Mining and Energy Division, it is business as usual. Our District and National offices are well-resourced and staff and officials are here to support you.

Districts will continue to determine their engagement with state branches of other CFMMEU divisions.

We are committed to looking at options for the future course of our Division, which will be presented for debate and decision at our National Convention in March 2021. We will be guided by our commitment to giving mining and energy workers the strongest voice and representation. No decisions will be made without thorough debate and endorsement by members.

We encourage you to reach out if you have concerns or questions and we will keep you up to date with all developments.