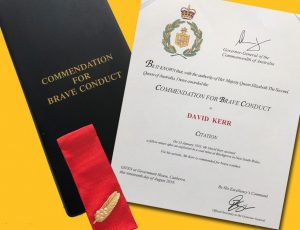 In one of the surprises that are often uncovered by family historians, Steve Kerr discovered that there had once been a coal mine in the inner Sydney suburb of Balmain – and that his grandfather had died in an explosion there in 1933.

Like many Sydneysiders he was unaware of this slice of Sydney’s industrial working history. As a life-long unionist and workplace delegate for the ASU he was keen to get some recognition, not only for his granddad but for all those who had lived, worked and died in the mine.

Back in 2014, with the support of our Union, he successfully lobbied Leichhardt Council for a memorial plaque to be erected in Water Street, Birchgrove. But he did not stop there. 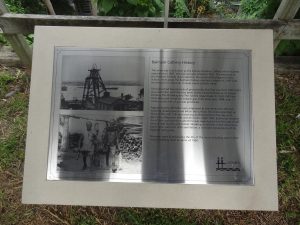 Plaque at the site of the Balmain Coal Mine

After reading descriptions of the explosion, which caused horrific and ultimately fatal burns to two men, including his grandfather, David Kerr, Steve decided to nominate him for a Governor-General’s Bravery Award.

David Kerr was invested with a Commendation for Brave Conduct in September this year, 90 years after his death.

Mr Kerr had found work at the Balmain Colliery after leaving his home in Corrimal. It was the middle of the Great Depression and he had been unemployed for two years. He had not been working there for long when he was caught in the fire that was caused by a spark that ignited gas in the shaft.

Engulfed in flames, he crawled to the communications telephone to alert the surface, and then crawled back to see what he could do for his mate. They both died two days later.

David Kerr left behind six children. Steve’s father was the eldest and at age 16 he took on the responsibility of providing for his large family.

An inquiry that followed found that there had been no inspection for gas in nine months. Our Union condemned the Coal Mines Department, who had transferred jurisdiction for the mine to the Metalliferous Mines Department.

Steve believes that his grandfather’s death is still relevant today.

“His death is poignant even today because everybody needs and deserves a safe workplace, and the proper training to carry out their work. My Granddad did the work allocated to him, as anyone would to maintain their employment. But if he had refused, I might have met him.”

The mine at Balmain had a troubled history. It opened in 1897. Working conditions were poor, with dangerous gas and dust levels and an unstable roof and floor. It was the deepest coal mine in Australia, and was very costly to develop; so much so that the coal won was never particularly profitable.

FIND OUT MORE ABOUT BALMAIN’S COAL MINE: DOWNLOAD FACTSHEET 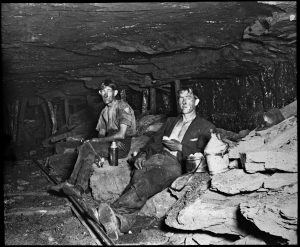 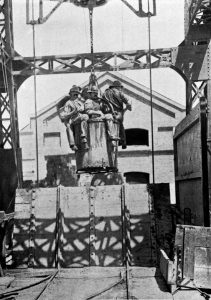