Workers rattled after withdrawal from Moranbah North coal mine

Workers at Anglo’s Moranbah North mine are deeply concerned about the conditions that led to their withdrawal from the underground coal mine last weekend due to high gas and possible fire.

Queensland District President Steve Smyth said it was a relief no-one was hurt when all crews were withdrawn on Saturday night (20 Feb) due to high gas levels that were detected following reports of an overpressure event.

“The most important thing is the safety of the workforce,” he said.

“But we should not lose sight of the seriousness of this event. Managing gas levels is core business in underground coal mines. To have gases detected that indicate a possible fire in an area of the mine that has high gas, is extremely concerning. 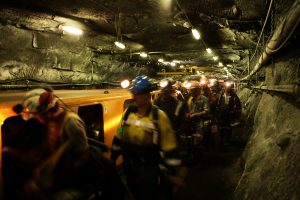 “Anglo should have processes in place to avoid ignition sources in the area of the mine known to have high gas, that could lead to possible explosion.

“The focus now must be on fully understanding what caused this event and ensuring it is 100% safe before re-entry. The regulator must leave no stone unturned.”

The confidence of Queensland underground coal miners has been rattled by a series of events in the sector over the past couple of years.

“We’ve had the terrible explosion at Anglo’s Grosvenor mine last year, severely injuring five miners. We’ve had the fire that burnt out of control at Peabody’s North Goonyella mine,” said Steve Smyth.

“We’ve also had a number of other ignition events such as spontaneous combustion (Cook and Ensham mines) and repeated damage to electrical equipment in explosion zones (Oaky North mine).

“Coal miners should not fear for their lives when they head underground to work. Underground mine operators and regulators have a lot of work to do to reassure workers of their safety and we will hold them to account every step of the way.”