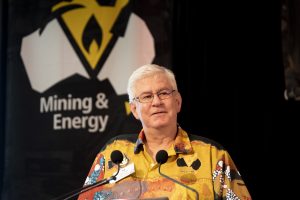 I made a major presentation at the union’s National Convention that said, while 2021 is looking up for the coal industry compared to 2020 (and despite the China ban) there are signs emerging that the next five years could see production and exports decline. And while it is likely that the Australian coal industry continues for decades, the more important issue for workers is when the industry might go into decline. Declining industries are tough for investors, companies, workers and communities.

That was the view in early March. But the world of energy is moving fast (unlike decades ago when coal power was easily the cheapest form of electricity, and energy growth was related to economic growth). Two further pieces of information have since emerged.

In early March the defining features of the coal market were:

Since early March the news is:

We need to remember that, while production volumes are the first and most important indicator for jobs, revenues have a major impact too. If production is up or steady, but prices and revenue are down, the minds of management will be focused on cost-cutting.

In the world of national and global politics the basic story is that most of the world – from the one-party dictatorship of China to the social-democratic high-union density countries of Scandinavia – has resolved to reduce GHG emissions strongly and limit global warming to less than 2 degrees. The election of the Biden administration in the USA has transformed the US role globally, swinging from climate-sceptic to an aggressive position that involves multiple top-level Cabinet committees tasked with reducing emissions. Biden has announced that the USA will eliminate emissions from the electricity industry by 2035 – requiring the shut-down of not only all remaining coal power (which is already in strong decline) but also gas power that has been growing strongly.

All State Governments in Australia are now committed to net zero goals. The federal LNP govt is the exception, but the accelerating decline in domestic coal power is happening despite their inaction, and the likely decline in coal exports in the next several years will be due to the actions of major importing nations over which we have no control.

The National Convention debated, and Central Council has adopted, an umbrella policy on Protecting Our Members’ Jobs, which says that we will defend our industries but also recognise that we need to plan, and campaign for, measures to look after coal power and coal mining workers and communities where the industry is in decline already (coal power) or may go into decline in the medium term (coal exports.)

It’s a bit like taking out insurance – you don’t want bad things to happen but you take out insurance in case it does. And it is too late to take out home insurance when the bushfire or flood is kilometres away!