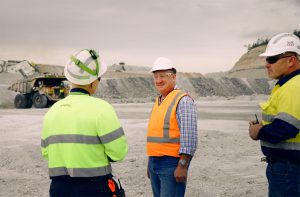 Northern District Vice President Jeff Drayton has thrown his hat in the ring for the crucial Upper Hunter by-election in NSW on 22 May. If elected, the first thing he’ll do is introduce a bill to boost permanent jobs and ‘same job same pay’ for coal miners.

Jeff Drayton is running for Labor in the electorate, which is home to the highest concentration of coal miners in NSW. Jeff worked at BHP’s Mt Arthur mine for 10 years before becoming a full-time union official for 10 years.

“I’m a coal miner and a proud coal miner. Every time I open the newspaper or every time I turn the TV on I see somebody having a go at coal miners and that has to stop. And I’m going to fight bloody hard to make sure that does.”

Labor has announced a five-point plan to improve job security, rights and safety for coal miners in NSW: 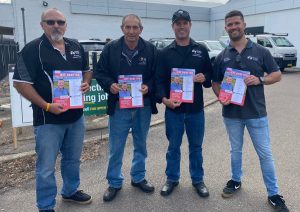 “I know exactly what it’s like to work on a mine,” said Jeff.

“Mineworkers have been fighting for job security while mining companies cut permanent jobs and replace them with casual labour hire – or try and automate them out of existence. We need to do everything we can to restore permanent secure jobs to the mining industry.”

While industrial law is primarily a Federal Government issue, Labor’s legislation takes every available opportunity to use state laws to improve conditions for coal miners.

“The first thing I’ll do when I get to Macquarie St in Parliament is introduce the legislation to enact this 5-point plan.

“Coal mining delivers rivers of gold to state coffers, but coal miners don’t get much in return. This is why we need a coal miner in parliament, to stand up for our rights, jobs and communities.”

Members living in the Upper Hunter electorate can cast a pre-poll vote ahead of the 22 May. Sites for pre-polling are here.