Coal prices up, but not assets 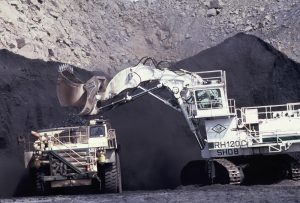 Australian coal export prices – especially thermal coal – have shot up this year as the world recovers from the pandemic that dominated 2020. Which is good for company profits and for jobs. But we aren’t seeing either a rapid boost in coal asset values or in investment due to longer term forecasts of coal decline.

Forecasting is always a mug’s game. As I am known to say – most economists are wrong most of the time. They have better success explaining why what happened in the past.

What we definitely know is happening is that thermal coal prices have shot up to near-record levels. During the height of lockdowns around the world in 2020, thermal coal spot prices dropped to around US$50 per tonne – a price at which most Australian producers would lose money. (But a lot of coal is sold on quarterly or annual contracts, so it wasn’t that bad for many producers.)

In recent weeks that spot price has been around US$120 per tonne (at Newcastle port), while the so-called Japanese Benchmark or Reference Price was recently settled between Glencore and Tohuku Electric Power Company at US$109,97/tonne, up strongly from last year’s price of US$68.75.

Thermal coal producers tend to be doing well at any price above US$85 per tonne, so we can expect some strong profits to be announced for the year ending July 2021, though noting the price recovery is all this calendar year.

The price recovery has occurred despite China maintaining its ban on Australian coal. World coal markets have had to reconfigure themselves, with Australian coal going to other destinations while coal that would normally go to places like India eg South African coal, has been expensively redirected to China.

China was previously about one quarter of our exports, and while volumes have not dropped by that amount, they are still struggling to recover to 2019 levels. For most of this year exports have been running at closer to 7 million tonnes per week rather than the 8mt that would represent 2019 levels. To the end of April (and noting that the pandemic really hit from April 2020) exports are running at 6% lower than the same period in 2020. There has been a jump in weekly exports in June, so we can see if that continues.

What we are NOT seeing is a surge in coal asset values or in investment decisions that would typically correspond with the high prices. BHP is firmly committed to exiting thermal coal (while retaining its coking coal assets), Rio Tinto has exited coal altogether and the world’s biggest thermal coal producer in international trade – Glencore – has announced it will gradually run its mines to closure rather than continue accumulating assets as it did in the last two decades.

Even in coking coal, which has better prospects due to its chemical role in steelmaking, Anglo American has said it expects its coal portfolio to be lower in 15 years, while South32 – big in coking coal with its NSW south coast mines – has put the Eagle Downs coking coal project in Queensland on hold.

There are some signs of life – New Hope is alleged to be on the acquisitions trail, and Peabody in alliance with its new private equity controller Elliott Management has emerged as a buyer of the BHP thermal coal mines. 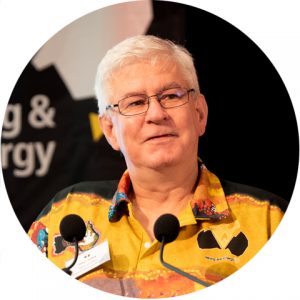 A big issue for all coal mine owners is that stock markets and regulators are increasingly requiring disclosure of climate risks to investors – and those risks are both the impacts of climate on their operations (eg major flooding, bushfires and heatwaves) and possible declining markets. With China, Japan and Korea – accounting for two thirds of Australian coal exports – all declaring they will seek to reach net zero emissions by 2050 or 2060, the forecasts for Australian coal are bound to turn down. This is affecting lending for coal projects, insurance costs and more.

Within that overall scenario, there will still be opportunities for sharp players, but mineworkers need to be wary that new entrants to the industry are able to shoulder their responsibilities to the workforce and to site rehabilitation (which may be a major source of work when mines close).