New superannuation laws – what do they mean for you? 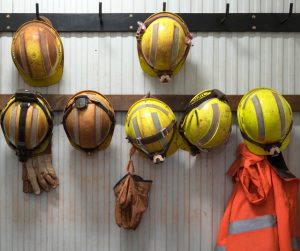 The Federal Government has pushed its controversial ‘Your Future, Your Super’ Bill through Parliament, meaning a raft of changes to superannuation will come into effect from July 1.
While it sounds friendly enough, the new legislation contains a number of measures that could leave mining and energy workers worse off.

Here’s a quick guide to key changes. But remember, for personal advice talk to your super fund or financial advisor.

Under the new rules, workers will be ‘stapled’ to the first fund they join unless they explicitly choose to move to another.

The purpose is to reduce the number of duplicate and lost accounts, but this measure also risks workers being stuck in funds for their whole working lives that are low-performing, not relevant to their industry and without adequate insurance protection.

For example, a worker who starts out in retail but moves into mining could find themselves stuck in a superannuation fund with income protection and other insurance products that don’t cover high-risk industries like coal mining.

Currently, employers can sign workers up to the default industry fund when they start a new job. Now, the ‘default’ will be their existing fund which could be from their first job after school.

Workers changing jobs or industries need to take active steps to join the relevant industry fund. All mining and energy workers – if not members of Mine Super – should check that the insurance products in their superannuation cover high-risk workplaces like coal mining and power stations.

Too often, we hear from workers left in the lurch who didn’t realise the insurance associated with their fund did not extend to their industry. Don’t let it happen to you!

Investment performance tests – but only for some

Another measure central to the ‘Your Future, Your Super’ legislation is the introduction of new annual performance tests.

These will be governed by financial regulator APRA and measure super funds against an industry benchmark for financial returns to members.

The performance test applies to industry funds but excludes many for-profit, retail funds with high fees and poor returns, making a mockery of its stated goal of protecting workers from poor-performing funds.

This test will be retrospective and funds that fail to meet these benchmarks on average over the past seven years will be forced to write to members informing them of the ‘strike’ against them, encouraging them to consider switching.

The problem is, past performance is not an indicator of future performance. Members leaving a fund over past performance could end up being worse off if they change funds.
For example Mine Super, the fund many mining and energy members, had a period of poor investment return between 2017 and 2019, enough to trigger a ‘strike’ under the new rules.

A substantial restructure of investments and strategy has seen a strong turnaround, with returns performing well above the APRA benchmark for the last 12 months. 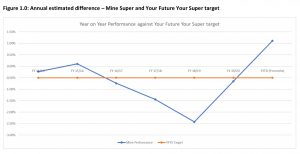 The fund product that most of Mine Super members are invested in, High Growth, returned 24% for the 12 months to May. The performance of this product was superior
To 94% of the default funds in Australia over the period. (SuperRatings May 2021 Ranking Australian Default Superannuation products)

Switching funds over the Government’s new, arbitrary test on past performance could put members’ future super returns at risk.

What should you do?

The key take-out is to know your superannuation including your fund, your current returns, the detail of your insurance cover and your retirement needs.

Unfortunately, superannuation is a political football because there are many on the conservative side of politics who simply don’t believe in the principle of a dignified retirement for working people or in unions playing a role in industry funds.

The compulsory superannuation system has thrived since it was won by unions under the Hawke-Keating Government, but Parliament is full of those trying to undermine it through delaying scheduled increases in the super guarantee and imposing onerous regulations on industry funds. Or by milking it for themselves. Pauline Hanson, who is on 15.4% super like all federal politicians, voted for ‘Your Future, Your Super’ and made headlines by proposing a superannuation tax concession for people aged 67 and over. She is 67.

Our compulsory superannuation system has transformed the retirement prospects for working Australians over the past few decades. It is a wonderful achievement and we’ll keep fighting back whenever it comes under attack.