A class action launched by our union seeking to recover entitlements for current and former casual miners employed by labour hire company WorkPac was dropped this week, with new laws meaning there was no realistic chance of success.

A High Court decision earlier this month, along with new, retrospective laws passed by the Morrison Government in March, has overturned our Federal Court wins and set back casuals’ rights.

The Renyard v WorkPac class action sought to recover an estimated $16 million in entitlements for about 900 of our eligible members. The action would have paved the way for claims by other groups of current and former casual coal miners.

The lead claimant Ben Renyard worked at the Hunter Valley’s Mount Thorley Warkworth mine through WorkPac for nearly three years.

As is typical in the coal industry, Ben did the same work on the same roster under the same supervisors as permanent employees, but he was one of a majority on his crew employed casually on a flat hourly rate with no sick or annual leave and no job security. 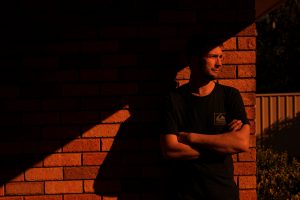 The class action covered union members who had been employed by WorkPac as a casual in the mining industry since 2013, with a long-term advance roster on a flat hourly rate.

It was launched in 2019 following the 2018 Federal Court judgment in WorkPac v Skene, which found that casual coal miners in regular on-going employment with advance fixed rosters were not legally casual workers and were entitled to paid leave.

After the Skene and subsequent Rossato Federal Court decisions sent employers into a frenzy, the Morrison Government – with the crucial vote of One Nation Senators Pauline Hanson and Malcolm Roberts – changed the law.

The pared back IR Omnibus Bill introduced a new definition of casual based on the terms in the contract, not the reality of the work arrangements. The High Court judgment of 4 August confirmed this view.

General President Tony Maher said casual coal miners had hoped the class action would deliver justice, compensation and an end to the toxic ‘permanent casual’ employment model in the coal industry.
“We are extremely disappointed to discontinue this landmark class action on behalf of casual miners performing jobs that were permanent in nature, but without the security and entitlements of permanency,” he said.

“Casualisation is out of control in the coal industry and everyone knows it is simply a way for the big mining companies to cut costs and shift risk on to workers.

“Casual miners are rightfully angry that as soon as we had some legal wins exposing and clamping down on the ‘permanent casual’ rort, employers and the Morrison Government teamed up to retrospectively change the law.