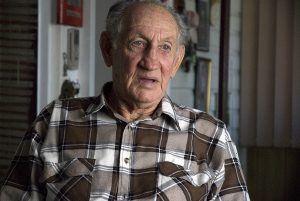 A giant of our Union, Bill’s life was committed to the welfare of mineworkers and their communities.

He started his working life at Abermain No 1 Colliery aged just 14, driven by family need after his father had suffered a serious injury at Hebburn No. 2. It was years before any compensation was paid to his Dad, which sparked his commitment to pursue justice for his fellow workers.

He was active in his local lodge, becoming Lodge President in the 1950s and then progressing through the ranks of the Miners Federation, serving on the Board of Management, and as a Vice President of the District before being elected President of the Northern District in the 1970s. He was a member of Central Council for many years.

Bill was President in 1975 when news came that the Nymboida Colliery was to close and the miners there were to be left without their entitlements. 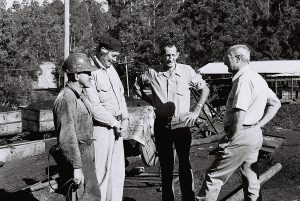 Under Bill’s leadership the workers refused to take the sack and the mine owners eventually signed the lease over to the Miners Federation. After the closure of Nymboida Bill was instrumental in securing a replacement lease and the establishment of the United Collieries Joint Venture in 1980. He became the first Chairman of the Board of Directors.

Bill Chapman was also instrumental in setting up the United Collieries Mineworkers Trust to ensure that profits from the venture would be channelled back to the mining community. The Trust continues to support mining families and communities through the scholarship program and in grants to local schools, hospitals and community groups throughout Australia.

In 1983 Bill Chapman was appointed the first coal industry employees’ representative as a Director of the Joint Coal Board. He played an active role there in ensuring the safety and training of coal miners and also the operation of the industry’s Coal Mines Insurance. He served on the Board until his retirement in 1988.

In retirement, Bill continued to play an active role in the Retired Mineworkers Federation and was a regular presence at union events.

He was awarded an Order of Australia in 2015 recognising his contribution. Our General Secretary, Grahame Kelly, said of the award that “Bill deserved recognition for the outstanding service he gave to mineworkers and our communities for decades. He is a giant in the proud history of our Union.”

Our hearts go out to Bill’s family, especially his beloved wife Betty. Theirs was a team effort, and Betty deserves our thanks for the huge contribution they made together.

Vale Bill Chapman, may you Rest In Peace.