China and Australian coal – whither the giant? 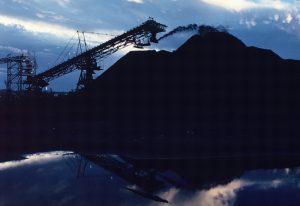 In the second half of September the President of China, Xi Jinping, announced that China would no longer invest in new coal projects in other countries. What does that say for the future of Yancoal, one of the biggest producers in Australia?

There are many reasons for uncertainty about the future of the Australian coal industry, mostly relating to measures to reduce global warming. But among these the difficult relationship of China with coal (in general) and Australia (in particular) poses both immediate and long-term uncertainty.

China has long been the world’s biggest producer of coal – close to 4 billion tonnes per year. Dwarfing Australia’s 470mt. But for a long time now it has not produced enough for its own needs and so has become a major importer. Even though those imports (around 300mt) are tiny compared to its own production it is a large part of the market for internationally traded coal and has (or rather, had) become Australia’s 2nd biggest coal customer after Japan, buying 93 million tonnes in 2019.

All that has already changed. China has shown its displeasure with Australia’s diplomatic efforts in Asia (or rather, the lack of them) by imposing bans or heavy tariffs on Australian products – the most valuable one being coal. That ban began in the second half of 2020 and shows no signs of being lifted.

This has caused a lot of inefficiencies, which is one reason why thermal coal spot prices in particular have tripled in a year and are nudging all-time highs of over US$170 per tonne. 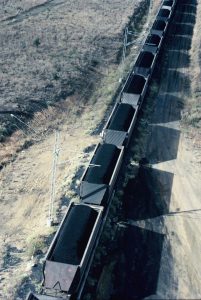 But there’s more. China’s effort to punish Australia have rebounded, pushing up China’s domestic coal prices above the international price. There is a cold winter forecast, and coal stockpiles are low. There is the real prospect of certain industries being curtailed and power blackouts.

But one-party authoritarian states are not known for changing their minds.

The China ban on Australian coal extends to its own Yancoal business in Australia. It is one of the biggest producers of coal in Australia alongside BHP and Glencore with 38.3mt in 2020 from around nine mines.

Yancoal can’t export to China either. Which calls into question the rationale for Yancoal’s gowth and continuing presence in Australia. As recently as September 2017 Yancoal was financed heavily by its 62% shareholder and parent company – the State-Owned Enterprise (SOE) Yanzhou – to buy the Rio Tinto mines in the Hunter valley for US$2.69 billion, which it then shared with Glencore. Through Yancoal, China was doing what other nations have long done before it – notably Japan. China sought to control its reliance on overseas minerals by investing in them. The concept was called “resource security”; where foreign minerals were needed they were invested in so that the importing nation could mitigate some of the risks of reliance on overseas resources.

But China is not only continuing its ban on Australia coal, it has now announced to the world that it will not invest in coal projects in other countries. This is on top of its announcement last year that it would seek to achieve net zero emissions by 2060, and would seek to reach peak emissions by 2030.

This action, and the announcements, do not amount to a withdrawal of investment. But if Yancoal can’t export coal to China and it has been told not to expand into any new projects – and it would be a very foolish State-Owned Enterprise that would ignore President Xi Jinping – the longevity of the current amount of ownership has to be questioned.

It’s one reason why Yancoal doesn’t appear to be on the shortlist for buying BHP’s large Mt Arthur coal mine in the Hunter Valley.