Tragic fatality at Crinum underground mine 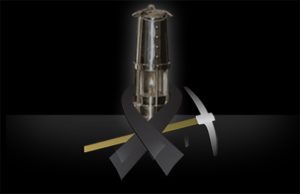 The Queensland coal industry has been shaken by a tragic fatality, with the death of Graham Dawson at Crinum underground mine. The union has offered Graham’s family our support and deepest condolences.

The shocking accident occurred overnight on 14 September. Graham and two workmates were preparing to install roof support in a conveyor drift, when they were caught up in a massive roof fall. Graham and one workmate were trapped in the basket of the loader they were operating, while the third coal mineworker who was working in an adjacent area initiated the emergency response.

Due to the size of the roof fall it took a couple of hours for mines rescue teams to reach the trapped pair. A 25-year-old worker was rescued but Graham was already deceased. The recovery was very complex and difficult due to the strata conditions, meaning it took four days for his body to be safely recovered.

District Check Inspectors arrived at the site near Emerald early on 15 September and are conducting their own full, independent investigation.

Queensland President Stephen Smyth said he was shocked and saddened to receive news of the death, which occurred as ‘safety resets’ were taking place across the industry and just days before the centenary of the Mt Mulligan mine disaster where 75 mine were killed underground.

“Our hearts go out to Graham’s family and other injured and affected workers. This catastrophic roof fall must have been absolutely terrifying.

“Events like this make me question how far we have really come in the century since Mt Mulligan. Our Queensland mining industry has seen nine deaths since 2018 and I fear that for some of our employers ‘safety first’ is just a slogan.

“As a union, we will continually reaffirm our commitment to safety and make sure all aspects of safety culture and employment arrangements are considered in the drive for safer coal mines.”

BHP stopped production at the mines several years ago and they were in ‘care and maintenance’ mode until 2019.

Gregory has recommenced production while workers at Crinum are focusing on rehabilitating the mine – including dewatering, mapping, ventilation and roof support – to prepare it for resuming production. There was outcry when Sojitz reopened Gregory mine for production before Graham Dawson’s body was recovered, telling workers they could use annual leave if they didn’t want to work. Pressure from the union forced them to back down and cease production.

“Miners were distressed and disgusted about production resuming while rescue teams were still recovering the body of one of their brothers in very difficult circumstances,” said Stephen Smyth.

“It’s one of the worst things I’ve seen in my 33 years in the industry.

“We are relieved that the recovery was finally able to take place safely. I’d like to thank our incredible Mines Rescue teams and first responders for the work they do in extremely tough and difficult circumstances.”