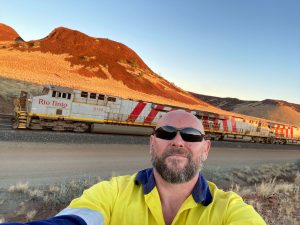 Iron ore train drivers in the Pilbara are exhausted. They’ve borne the brunt of a sector booming in the middle of a pandemic – leaving some stuck over east chewing up leave and some doing double the work in 45 degrees in the west.

Now, train drivers in the Pilbara are getting organised to address long-running issues including inconsistent rates of pay, demanding rosters, automation and camp conditions.

Our latest podcast looks at what is happening for iron ore train drivers, who drive gigantic trains carrying millions of dollars of ore from mine to port and are an important part of our union’s membership.

Meet our new Pilbara Lodge Presidents – Rodney Slapp at Rio Tinto and Justin Parry at BHP – as well as our new WA Rail Organiser Warren Johncock, who drinks a lot of expensive airport coffee as he keeps in touch with FIFO train drivers doing the regular commute from Perth to the north-west

Rodney, Justin and Warren are leading a committed effort to rebuild union strength in the iron ore sector after the anti-union push by Rio Tinto that destroyed collective bargaining and forced workers onto individual contracts in the 1990s.

Warren is regularly in the Pilbara for meetings with workers and all Pilbara train drivers are encouraged to follow the Pilbara Rail Round Up page on Facebook for news and meeting details. 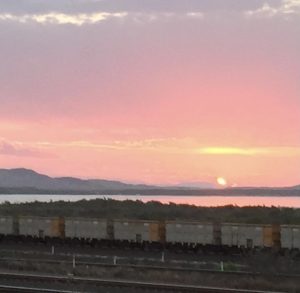