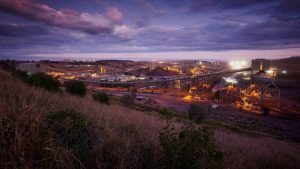 Late Friday, the full bench of the Fair Work Commission ruled that BHP’s mandatory Covid vaccination policy introduced at NSW’s Mt Arthur mine was not lawful or reasonable due to lack of consultation with workers.

The decision was in response to a challenge by our Union to the site access requirement for all workers to have had at least one jab by 10 November.

In a lengthy judgment, the full bench found that BHP had breached its health and safety obligations by failing to reasonably consult with workers about the policy in line under state health and safety laws as well as the terms of the Mt Arthur Enterprise Agreement.

“We are pleased the full bench of the Fair Work Commission has determined that the site access requirement at Mt Arthur was not a lawful or reasonable direction.

“The decision is a win for the rights of workers to be genuinely consulted about matters affecting them under state workplace health and safety laws.

“We will continue to work through the detail of this decision and represent the interests of all our members – especially those who have been stood down without pay as a result of this unlawful direction.”

Prior to the decision, BHP gave undertakings that if the site access requirement was found to be unlawful, any disciplinary action associated with refusing to show proof of vaccination would be revoked.

National Legal Director Alex Bukarica said the FWC judgment was relevant in circumstances where a public health order covering the mining industry was not in place.

The judgment said that BHP’s mandatory vaccination policy could be found to be a lawful and reasonable direction in future if reasonable consultation were to take place.

The Union’s legal team is working through the detail of the judgment and members will be informed of any next steps.

Our Queensland District has filed a dispute in the Fair Work Commission regarding the implementation of BHP’s mandatory vaccination policy at Queensland coal mines, due to come into effect on 31 January.