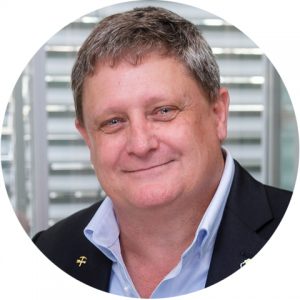 Members in the Hunter Valley and Central Queensland will start hearing radio ads this week, developed by our Union to raise awareness about the need for permanent mining jobs, with permanent pay and conditions.

For too long, mining companies have exploited weak workplace laws to replace good, permanent jobs with casual labour hire on lower wages. At many coal mines now, no-one is employed under the site union-negotiated enterprise agreement and the only jobs available are through labour hire companies.

While contracting was once considered a stepping stone to a permanent job, it is now the reality for many coal mineworkers for years on end.

As Members would know, our Union has invested heavily in changing workplace laws to make this practice unlawful. And we have had some big wins, notably in the Workpac v Skene and Workpac v Rossato Federal Court cases. Judgments in these cases found that ‘casual labour’ hire mining jobs were not really casual at all due to the regular shifts, full-time hours and long advance rosters.

But under pressure from employers, the Morrison Government and One Nation teamed up to overturn our big legal wins, voting up retrospective legislation in March this year that says you are a casual if your employer calls you one. This has condemned many coal miners to remain in casual employment and killed off our class action against Workpac that would have delivered millions in compensation to casual labour hire coal miners.

When it comes to legal avenues for challenging the labour hire business model, designed to undermine collective bargaining and drive down wages in the coal mining industry, we are at a dead end. Changing the government is now the only way to restore permanent jobs with fair pay and conditions to our industries.

That’s why we are investing in an advertising campaign for the upcoming federal election, to be held before May 2022.

Same Job Same Pay laws will deliver economic benefit to mining communities by stopping mining companies implementing blatant wage-cutting strategies that cut the share of profits going to workers and handing it to shareholders and executives instead.

We are delighted to have two coal mining members running for federal parliament this year – Dan Repacholi in Hunter, NSW, and Russell Robertson in Capricornia, Queensland.

We know that Dan and Russell will be great advocates for our industries, communities and Members. We are proud to support their campaigns and we look forward to engaging with all Members about the issues that matter to mining and energy workers.