A new report into the staggering cost of labour hire wage-cutting has found that about a billion dollars a year in economic activity is stripped from mining regions.

Analysis of five key coal mining electorates has found that about $989 million has been lost from local economic activity due to aggressive wage cutting-strategies by mining companies.

The updated McKell Institute report commissioned by our union analysed the impact on local economic activity of mining companies’ widespread replacement of permanent mining jobs with lower-paid labour hire workers. It found that regions with the highest proportion of coal mineworkers were missing out on hundreds of millions a year:

The report contains a detailed analysis of how the labour hire employment model has systemically been used to reduce wages that would otherwise have circulated through local mining regions. “Outsourcing jobs to labour hire companies is a way for mining companies to get around Enterprise Agreements that have been negotiated by workers over decades,” said General President Tony Maher.

“By using this wage-cutting strategy, some of our wealthiest corporations have been able to strip up to 40 per cent from the wages of Australian coal miners and remove conditions like redundancy entitlements.

“Right now the industry is booming and mine operators are struggling to find enough workers to dig coal fast enough to capitalise on the phenomenal prices. It simply cannot be argued that coal companies can’t afford to provide well-paid secure, permanent jobs. 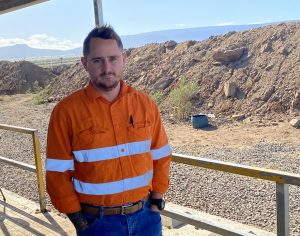 Labour hire coal miner and Rockhampton resident Brodie Allen has worked in the coal mining industry for five years and has been employed through labour for the whole period.

“At my current site, the permanent workers earn about $40,000 to $50,000 a year more and they also have a range of conditions like not having to work on Easter or Christmas,” said Mr Allen.

“The permanent workers get protections around hours of work, work location and rosters, which we don’t. From my current position, there’s no pathway to a permanent job.

“Coal prices are booming at the moment but I don’t see any benefit flowing to me through better wages or conditions, it’s really frustrating. My employer always just says that they can’t improve conditions as they will lose their ability to compete for contracts.”

A Hunter Valley labour hire member said she joined the industry over five years ago hoping to learn new skills and progress her career.

“Due to the industry employment practices in the Hunter Valley, this is no longer something that I consider a possibility going forward. I do not see the prospect of moving into a permanent role in the near future, and I now have to consider my options for the security of my family,” said the mineworker, who did not want to use her name for fear of losing her job.

“You can spend years at a site working the same job, on the same roster only to earn up to $60,000 less annually than a permanent mineworker.

“It is degrading and demoralising to have no choice but to be put in this position just to get a start in the industry with a very minimal chance of gaining a permanent shirt for years to come.”