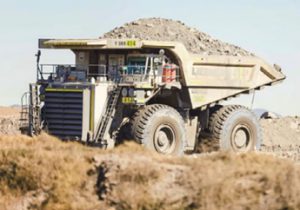 BHP must invest in supporting the thousands of mineworkers at its giant Mt Arthur mine in the Hunter Valley after announcing it intends to close the mine in 2030.

General President Tony Maher has written to BHP head of Minerals Australia to seek urgent talks about investment in support for workers and for the region surrounding Muswellbrook, which has sustained Mt Arthur for decades.

BHP announced that it would stop operating Mt Arthur in 2030 after failing to find a buyer for the mine, which is the largest thermal coal mine in Australia. Up to 2000 direct jobs will be affected, with many more businesses and jobs in the region reliant on the mine for their livelihoods.

Bayswater Lodge Secretary Matthew Howard said younger mineworkers were worried about their futures, with some just recently securing permanent jobs they thought would be for life.

“It’s ok for workers who may be planning to retire within the eight-year timeframe, however there are many young men and women including the current crop of trainees looking forward to a career in coal mining.

“Although eight years is a reasonable timeframe, people are also aware that there could be further changes that affect BHP’s plans. Some people looking for longer-term security may consider their options if they can find permanent work elsewhere.”

Northern Mining and NSW Energy District President Robin Williams said the eight-year timeframe would cause concern for workers and the company must reassure them about steps being taken to invest in their future.

“BHP has made and is continuing to make enormous profits from the Mt Arthur mine, especially with current high coal prices.

“We will be advocating on behalf of our members and their families that BHP mustn’t just cut and run, they must invest in a plan for the future of jobs and economic activity in the area.

“Workers were taken by surprise by the announcement. BHP must be upfront and engage with their workforce and local communities to develop a plan that protects their interests into the future.”

The Union will be seeking a package of Just Transition measures for the Mt Arthur workforce including early retirement and redeployment.