QLD coal industry made to share the good times 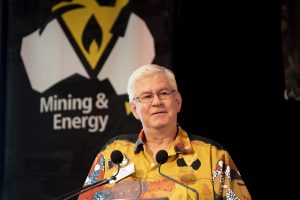 Coal prices at unbelievably high levels are leading to windfall profits for the coal companies. And the Queensland Government has sought to get some of the super-profits as royalties for the people of Queensland. This has in turn led to gnashing of teeth from the Queensland Resources Council and grim warnings about threat to future investment. Who to believe? Let me explain.

Royalties are payments from private companies for access to, and the extraction of, mineral resources that belong to the Australian people. They are not a tax on income as such, but a return to the owners of a resource for granting private companies the right to make money from that resource.

Before the most recent Queensland State Budget, there were three royalty rates on Queensland Coal:

The Qld govt has introduced three new tiers, but they only apply to amounts above the existing three tiers. They are:

The type of royalty is something like a super-profits tax , in that it is only paid on amounts above a certain level. In this case it is still an “amount per tonne” rather than an “amount per dollar of profits” above a certain level. It has the virtue of being relatively easy to calculate, and is not subject to private companies artificially manipulating their financial accounts (e.g. via high debt levels to related parties) to reduce notional profits.

The Queensland Govt doesn’t think it will make a huge amount of extra revenue because the government, like everyone else, doesn’t believe that coal prices will remain at very high levels. It thinks it will get an additional $765 million in 2022-23, but only a further $435m over the following three years.

It is a very modest take from an industry that, nationally, will earn over A$100 billion in exports this year and which faces costs that, while increasing, are routinely only a minority of the sale price of the coal.

Glencore recently forecast that cash profit per tonne had jumped in first half 2022 from an estimated US$82.90 per tonne to over US$154 per tonne. It’s mostly in NSW rather than Queensland. BHP is mostly in Queensland and it will be very interesting to see the cash profits for their coal sector for the financial year just ended.

No one is basing investment decisions on current coal prices, which are high due to an unusual mix of one-off events. There is the recovery from the pandemic, the expensive reconfiguring of the global coal market due to the China ban on Australian coal, and now the Russia-Ukraine war that is prompting Europe to restart coal power stations so as to rely less on Russian gas (and phase out Russian coal entirely). The severe weather has also played a role in limiting production.

The industry journal the Australian Coal Report concluded that “Qld royalty changes irk industry but long term impact muted”. That does sum it up.

Profits may well stay higher for longer, as production is not increasing even though actual demand is still slowly growing (though widely expected to decline beyond 2025 or 2030). There are very few investors willing to invest in new coal production.

One thing that the Qld government has not done, and should have, is allocate a substantial chunk of the new revenue to coal regions – especially those with the coal power stations that will eventually close – and to diversify coal regions so that they have more and different industry for the time when overseas coal demand goes into decline.

Peter Colley is the National Research Director for the MEU.