It’s time for a national plan to support energy workers 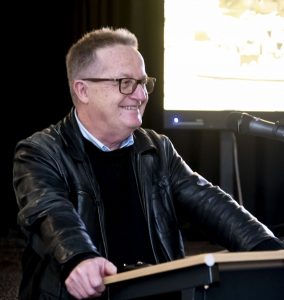 For years now, our members in power stations have been hit with a succession of announcements about closures, closure dates being brought forward and heated debate about the future of their industry.

The most recent announcements have been in Western Australia, where the government has announced all coal-fired power stations will be closed by 2030.

On our latest podcast, I spoke about what is causing the chaos in the east cost energy market and we heard from members in WA about how they are affected by closures and transition plans. You can listen here:

The energy sector is undergoing significant change and it deserves an industry-wide response and long-term management. This is why we are calling for a national body, such as an Energy Transition Authority, that would be responsible for managing the energy transition in the interests of workers and communities.

Australia is facing the closure of all its coal-fired power stations. While current operating timelines extend to 2050 for the youngest in the fleet, Australia’s Energy Market Operator (AEMO) predicts more early closures will be announced with 60% of current capacity withdrawn by 2030.

Our members in coal-fired power stations and the coal mines that supply them are at the frontline of major structural economic change and they are calling out for planning and support.

With a timeline for change laid out before us and international examples of how to manage structural adjustment well, we have an opportunity to develop a plan for energy transition that leaves no-one behind.

Regions including Victoria’s Latrobe Valley, Western Australia’s Collie, the Hunter Valley, Central Coast and Lithgow in NSW, and south-east and central Queensland have powered Australia for decades. They don’t deserve to pay the price for decarbonisation of our economy through loss of well-paid jobs, economic activity and opportunities for the future.

International experience shows that the ingredients for successful structural change include planning, substantial investment and tripartite engagement including government, industry and unions.

Politically, this is an opportune time. When Hazelwood was shutting down, I tried hard to drive some sense into the Coalition. Their response was that they don’t interfere with the labour market, and that they weren’t interested in transition or finding jobs for people. As far as the Coalition was concerned, once a redundancy cheque has been handed over, the obligation is over.

With Labor in power federally, we can get in the door for talks. During the campaign, Labor said they didn’t want to hold anyone back or leave anyone behind. We will put the new Government to the test on that and encourage the new Government to lead the discussion on this critical question.

Upheaval in the energy industry is not going to blindside us, however it is approaching rapidly. We need to put in place a considered plan that leaves no one behind, and the establishment of an Energy Transition Authority would be an appropriate starting point to do that.

Tony Maher is the General President of the MEU.