Fight for fair contractor entitlements at Yallourn coal mine 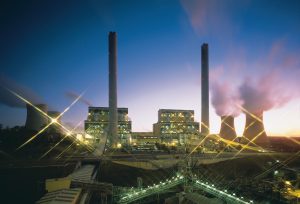 Mineworkers at Yallourn coal mine don’t receive the same redundancy entitlements as workers at Yallourn power station, simply because they are contractors and not employees of EnergyAustralia. An industrial campaign at the mine is seeking to change that.

Yallourn coal miners are employed by contractor RTL after EnergyAustralia outsourced its operation 15 years ago.

But while EnergyAustralia says the mineworkers are part of the family – including getting discounts on their retail electricity – they don’t shell out for fair entitlements in line with industry standards.

The Yallourn mineworkers, who exclusively supply coal to the Yallourn Power Station, are seeking entitlements comparable to power station workers – especially as the closure date was recently brought forward by four years to 2028.

“These workers have lost four years of work when the closure date was brought forward to 2028. They are concerned it could be brought further forward. EnergyAustralia has a fair agreement in place with its direct workforce at the power station regarding redundancies – but it should do the right thing by its long-term contractors too.”

Redundancy provisions for workers in the coal mine leave them about 30 per cent worse off than power station workers.

The mineworkers have been taking protected industrial action for about six weeks, including bans and stoppages, as they try to secure a fairer Enterprise Agreement.

Workers have agreed to roll over their Enterprise Agreement and were only seeking improved redundancy provisions and a modest pay rise.