The world’s biggest mining company has achieved stratospheric profits but is nevertheless whinging about having to pay higher royalty rates in Queensland. Iron ore continues to be the biggest money spinner for the company but coal contributed heavily to the bumper result.

The headline profit figure is US$31 billion or close to A$45 billion. (Note that BHP reports in US dollars and those figures will be used in this article.) This is boosted by the one-off figure of US$7.1 billion from the demerger of its oil and gas assets, but even the underlying profit figure of US$22.8 billion is huge.

The cash margins and percentage return on capital are mind-boggling across the remaining major business units of iron ore, copper and coal.

In Western Australia iron ore BHP reported US$30.6 billion of revenue and EBITDA cash profits (Earnings Before Interest, Tax, Depreciation and Amortisation) of US$21.8 billion. All on assets of US$20.3 billion. The company claimed a profit margin of 71%!

In Australian coal the results were almost as good. BHP now reports “BMA” (BHP Mitsubishi Alliance) results now rather than “Queensland Coal” as it has sold the BMC (BHP Mitsui Coal) assets. In BMA the company reported US$10.3 billion revenue and US$6.3 billion of cash profits on assets of US$7.8 billion. The cash profit margin claimed was 62%.

In the NSW Energy Coal (ie Mt Arthur mine) BHP reported US$3.1 billion of revenue and US$1.9 billion of cash profit on an asset that has a negative value on the books as it will be closed by 2030!

The cash margins per tonne of coal are huge. In BMA the company sold coal for an average price US$347.10 per tonne, while its cost of production was US$89.06 per tonne. At the Mt Arthur mine the comparable cash margin figures were a sale price of US$216.78/tonne and a production cost of US$70.80 per tonne.

The company says costs have risen and will continue to rise, but blames COVID-absenteeism, diesel and electricity costs rather than labour costs generally. In the transcript of company discussion with analysts, the Operation Services model (where the company uses wholly-owned subsidiaries to employ workers on much less than union EBA rates) is credited with the company keeping labour costs firmly under control.

The Samarco dam failure in Brazil continues to weigh on the company – yet another billion dollars on top of many previous billions is set aside to pay for ongoing costs dating from the dam failure in late 2015. Mention is made of a US$30 billion prosecution for which full provision has not been made.

The company should be given some credit by the community and its workforce for paying US$10.5 billion of taxes – a claimed rate of 31.2% – and having zero fatalities for 3.5  years. Most mining companies do worse.

But there is no credit due for the hissy fit where it says “In light of the Queensland royalty announcement, BMA is reassessing future investment decisions and is unable to provide annual sustaining capital expenditure guidance at this time.” The new Qld royalty rates only cut in at very high coal prices and are increasing the community return from the super-profits the company is making. The idea that the company won’t make sustaining expenditure in mines that are making loads of company is simply unbelievable. On the prospect of future mines, it is the long term future of coking coal in steelmaking that matters much more than the potential for paying high royalty rates on very high profits. 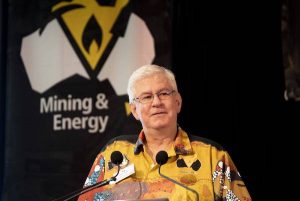