This month, we farewelled our long-term National Legal Director Alex Bukarica. We’ll miss Alex’s guidance and experience, but he is leaving a strong legal team committed to defending members’ rights. 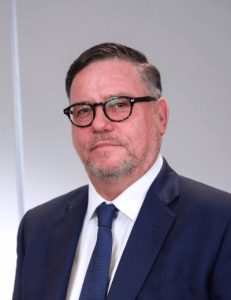 For 20 years Alex has led our union’s legal team and has been a mighty advocate for mining and energy workers.

In particular, he has driven our work fighting the ‘permanent casual’ rort through the courts. Alex initiated and developed the legal strategy leading up to the Workpac (Skene and Rossato) judgments which exposed the scam of long-term permanent labour hire miners being employed as casuals.

These decisions paved the way for our campaign for ‘Same Job Same Pay’ laws for labour hire workers, which the Labor Government has committed to introducing.

We thank Alex for his substantial contribution to the labour movement and we know that he’ll keep fighting for a fair go for working people in his new role as an adviser on industrial relations in the Prime Minister’s Office.

During his time with our union, Alex has been a generous mentor to the next generation of union lawyers and he is leaving a dedicated and capable legal team in the National Office, led by our new National Legal Director Adam Walkaden.

Adam, along with the hard-working national legal team of Alister Kentish, Eliza Sarlos and Jack Patrick, work hard to provide the services members rely on, providing expert advice and support on bargaining, unfair dismissals and disputes.

Access to specialist legal advice and support if you have a problem at work is one of the most valuable benefits of belonging to the union.

I’m very confident that with the legal team in our National Office and those based in our larger Districts, Mining and Energy Union members have the best possible team in their corner when it comes to protecting their jobs, rights and conditions.