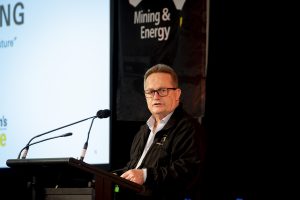 The past few weeks have seen a succession of power station closure announcements that signal more upheaval for members in the power sector. However, Tuesday’s federal budget contains promising measures designed to support the involvement of workers and their communities in the decisions which will affect their future.

The government is funding a taskforce to bring together industry, unions, government and community representatives to advise on ensuring regional workers benefit from the changes and challenges ahead, as Australia moves away from coal power. Our Union has been advocating for a national transition authority and this taskforce is a good starting point.

Recent developments show exactly why transition planning is essential. Late last month, the Queensland Government revealed plans to wind up operations all coal-fired power stations by 2035. The following day, AGL announced it was bringing forward the closure of Loy Yang A in the Latrobe Valley to 2035, some 10 years earlier than previously scheduled.

More recently, the Victorian Government has announced plans to legislate higher renewable energy targets and revive the publicly owned State Electricity Commission, introducing new market pressures that will impact on the state’s remaining coal-fired power stations. These developments serve to reinforce the urgent need for a national Energy Transition Authority with sufficient funding and powers to ensure that workers and their communities are not left behind.

Queensland’s announcement coincided with the official signing of an Energy Workers’ Charter for the state, which is a positive step. The Charter promises a consultative approach with workers and unions and includes a ‘Job Security Guarantee’ for affected energy industry workers employed at government-owned corporations such as CS Energy and Stanwell Corporation. While there are some good initiatives at a state level, the scale of the change cannot be left to states alone to manage.

We will keep up our strong advocacy for a national transition authority to oversee the orderly closure of power stations, support regional economic diversification, and coordinate training and redeployment. The news of the past few weeks confirms the need for action, and we are confident that measures announced in this week’s budget are a promising start.